what I did with some old baby shoes… 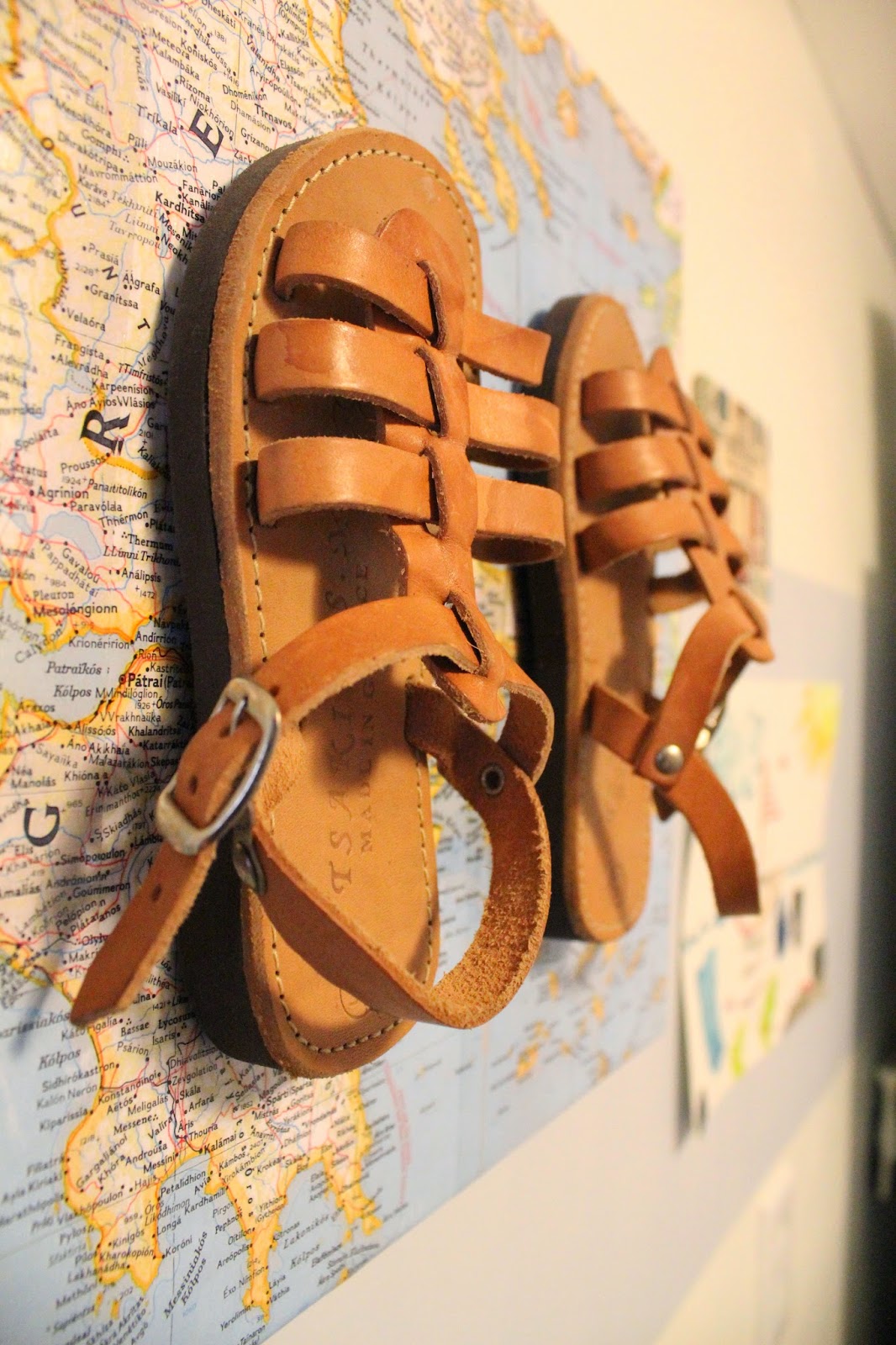 A while back I shared some artwork in my mudroom that has a personal touch to it. We had travelled to Greece about five years ago when we were not outnumbered by our children. I saw these simple leather sandals while on the island that my father is from and could not resist. My son wore them for one summer, then my second son wore them for a bit, and then they sat in my closet. These were not the kind of sandals you can just pass on to someone else. I’m pretty good at passing clothes along whenmy children have grown out of them. These sandals were a whole different story. They were memories of a trip to a place I love all rolled into two tiny shoes .
So they sat and sat and sat until I saw this image on Pinterest.
I wanted to do something similar with the shoes to keep them front and center. I just couldn’t decide on what photograph to use. I didn’t want a picture of just my one son since this would be going in the mudroom and not a bedroom. I also didn’t want a picture of us on our trip since my third child did not exist at that point in time and would be excluded from the picture. A map would be a perfect solution for a background. I grabbed my parents’ old National Geographic Atlas and found the map of Greece. 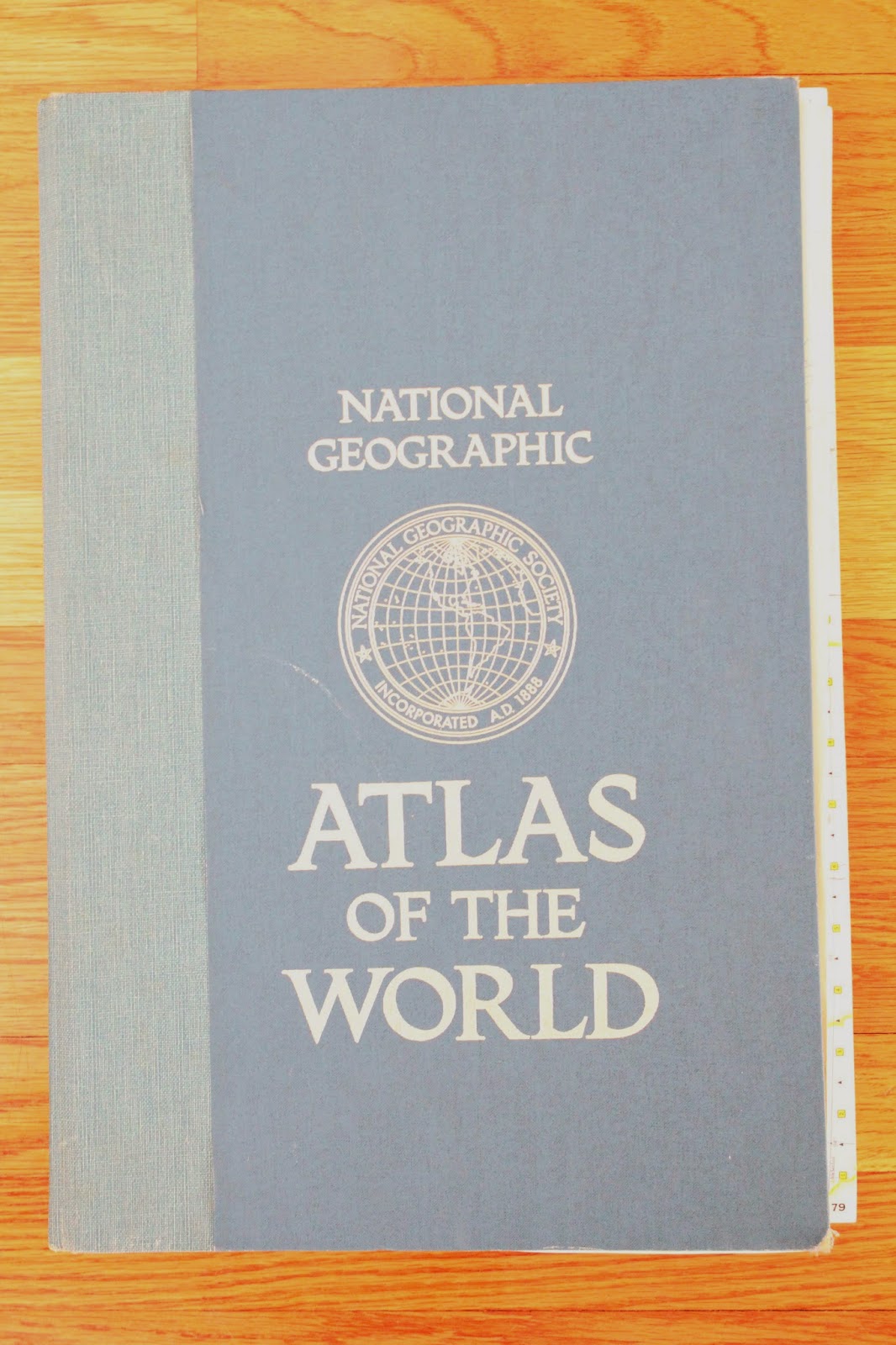 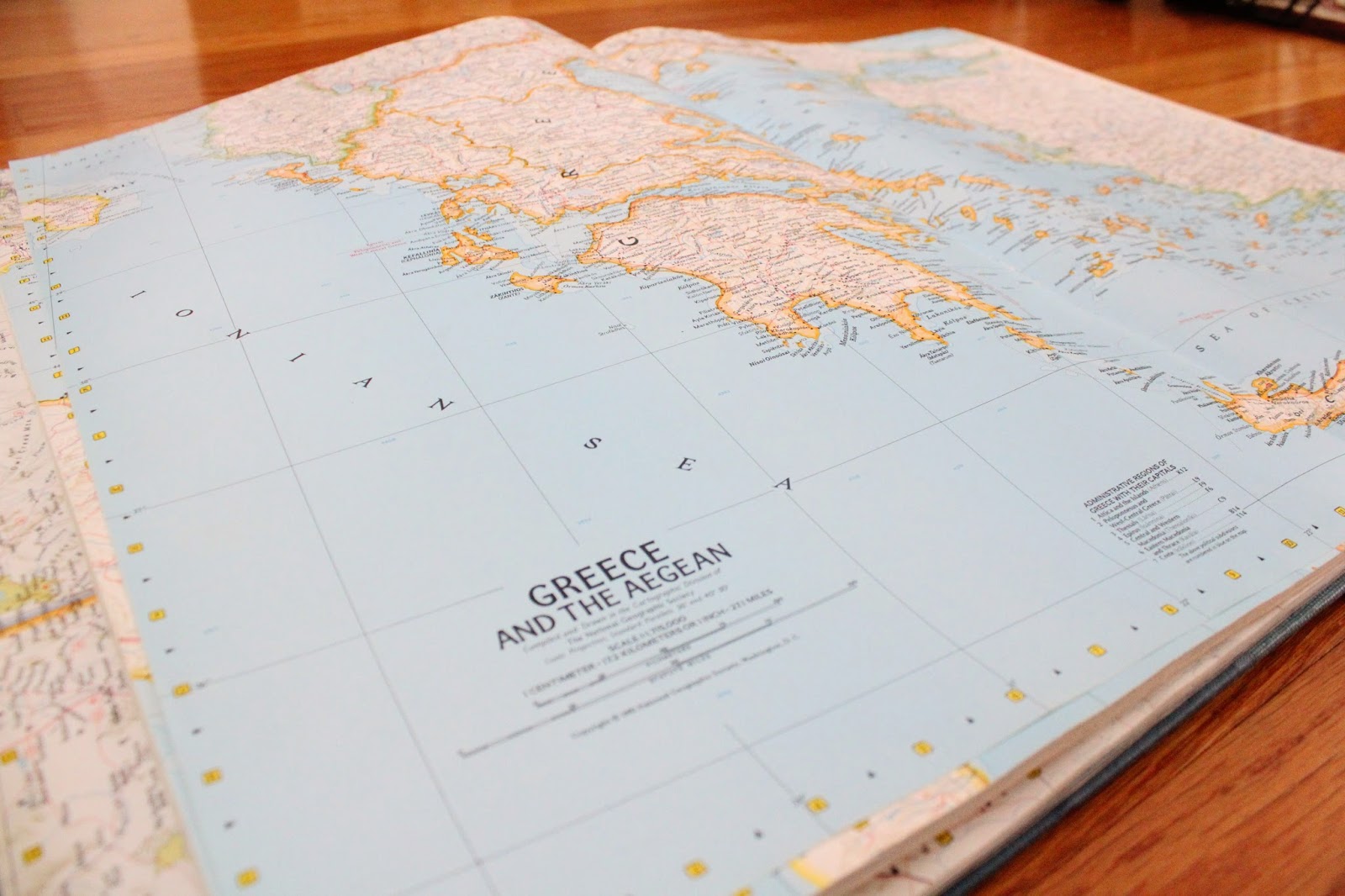 I made a trip to Staples and using the color photocopier I made copies of the entire map. I needed to move the map around and basically create six copies of different portions of the map. This would later be tiled together. I just put the book on the copier, pressed copy and moved the book around until I covered the entire map, with overlaps.
I then tiled the copies using double sided tape to create one large piece of paper. This was wrapped around a 12 inch by 12 inch canvas frame. I wanted the map to wrap around the edges. I taped the newly created map to the frame making sure it was centered where I wanted it. Certain people would have been upset if their island was not shown or covered by shoes. You know who you are. 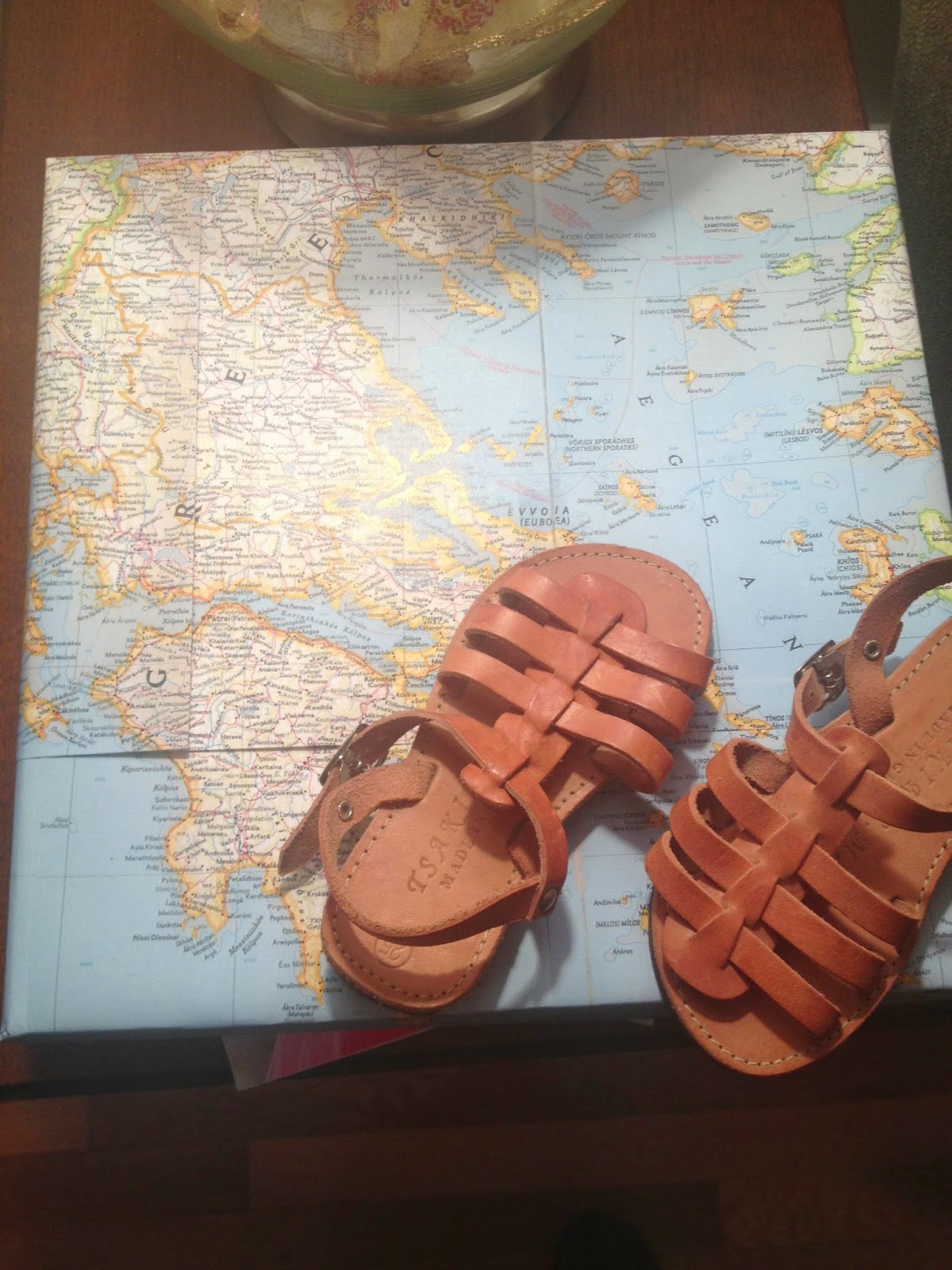 Once the map was where I wanted it I modge podged the entire piece. This helped tack down any corners and also made the map look seamless. Unless you look really close you can’t tell it is actually six pieces of paper instead of one. The shiny gloss coat looks great too!
After letting it dry overnight I hot glued the baby shoes on top of the map. They didn’t require much glue and were easy to place exactly where I wanted them before the glue hardened. 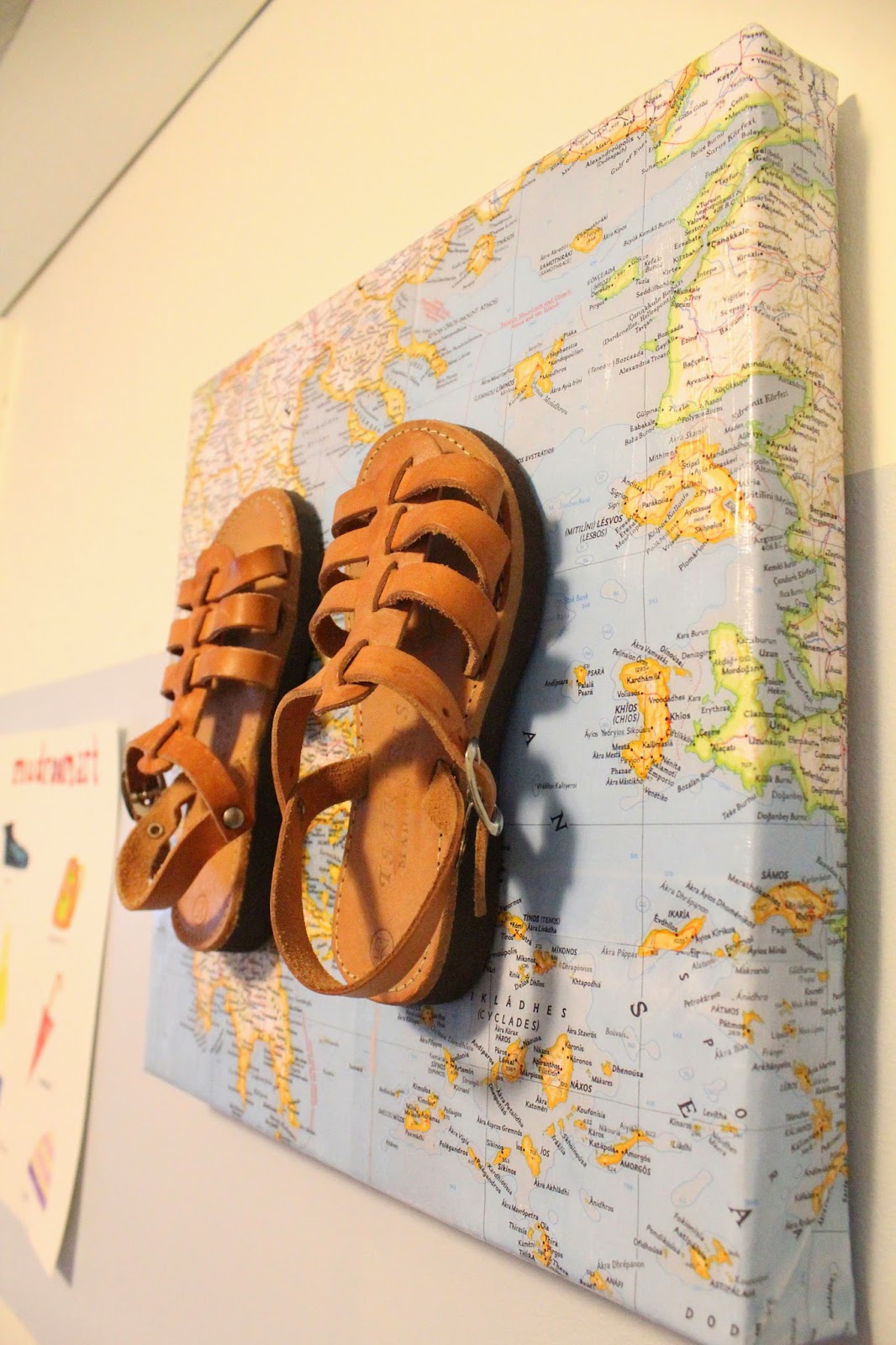 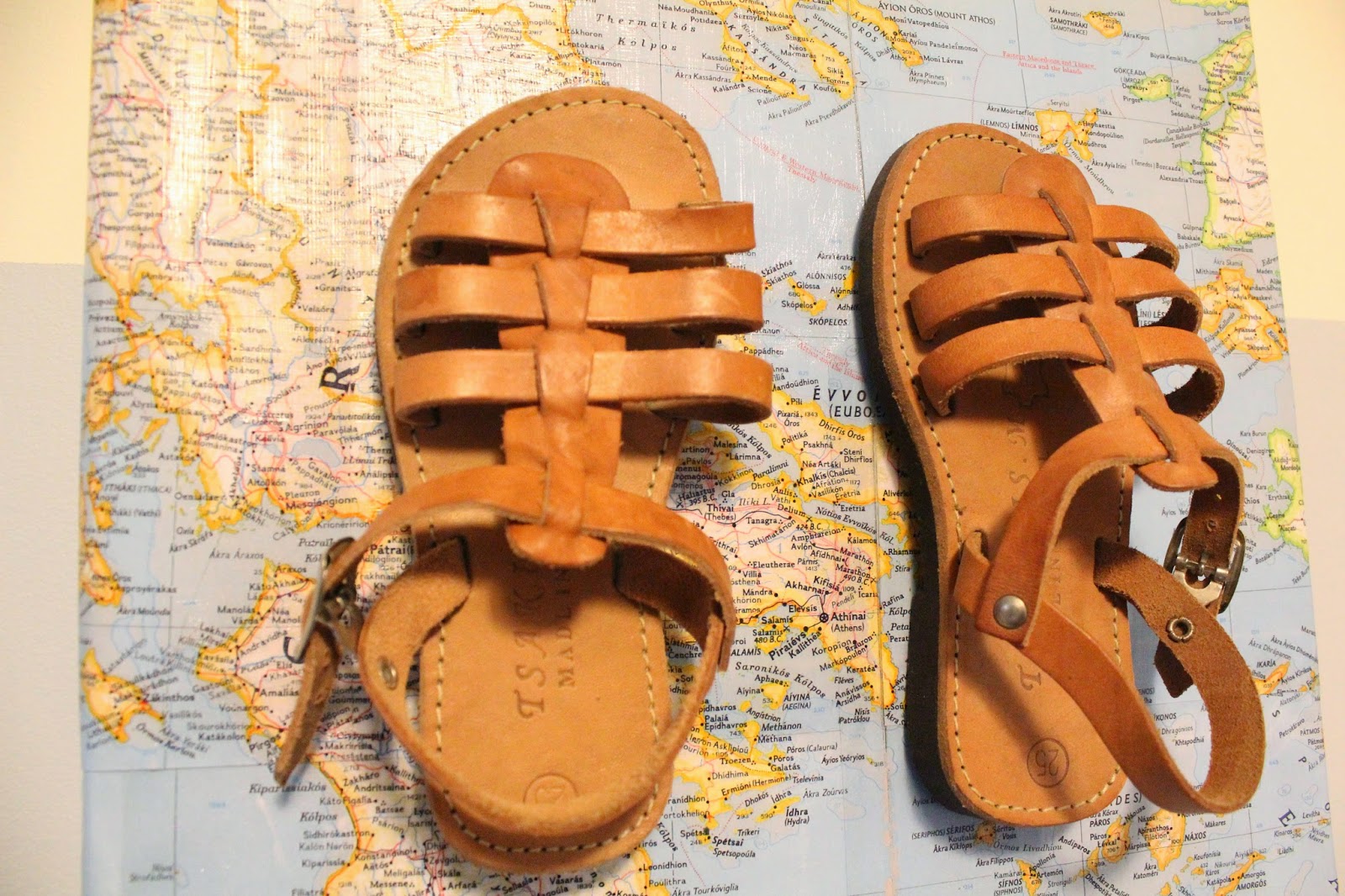 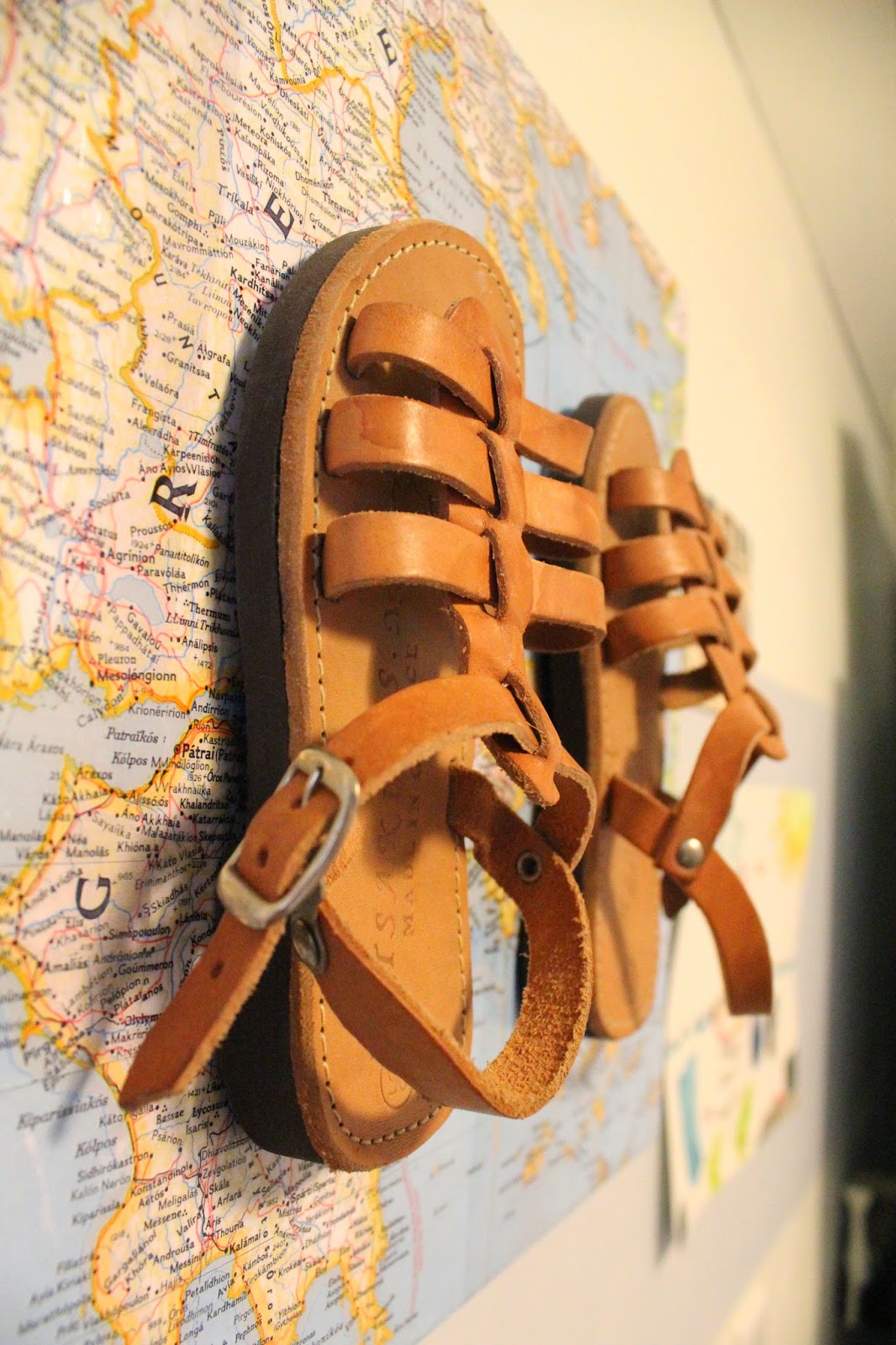 So I now have a great baby memento without it screaming “baby memento!” We also have a memory from a fabulous trip not to mention a fun conversation starter. I still can’t get over the fact that my 7 year olds’ huge Hobbit feet actually fit in these delicate baby shoes once upon a time.