Like most boys between the ages of 3 and 100, mine are into Lego’s. They are scattered in their bedroom, the living room, the family room and everywhere in between. I don’t think I have to describe the feeling of stepping on one of the tiny pieces in the middle of the night. Not fun.
I wanted to have one place for all Lego building and luckily I got a little help from my friend IKEA. The Lack table is used for all sorts of IKEA hacks so I decided to try my own version. 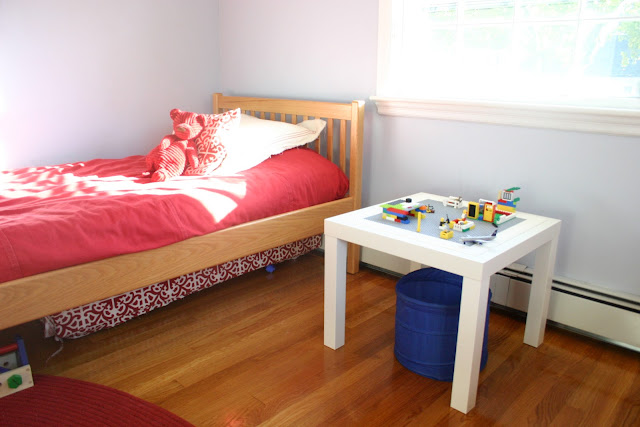 I purchased one Lack table for a whopping $7.99. I then found a large gray Lego base plate and framed it out with some smaller white plates. 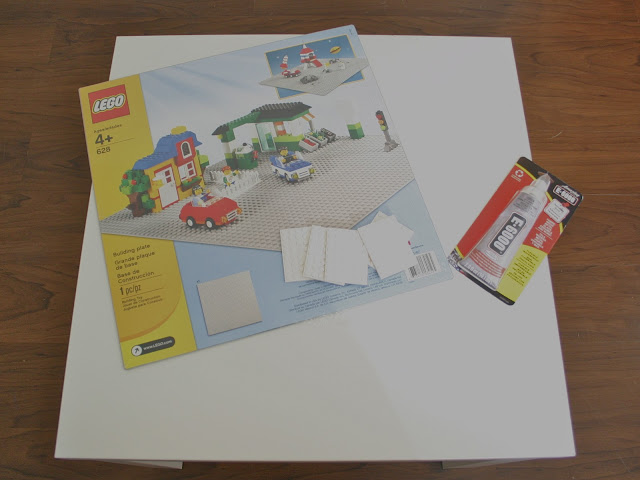 I laid all the pieces out first and measured the border around them so that it was even on all sides. Holding the smaller tiles together with various Lego pieces I first glued the large base plate down using Epoxy glue. I then glued the smaller white pieces. Epoxy dries pretty quickly and when it dries it doesn’t go anywhere! 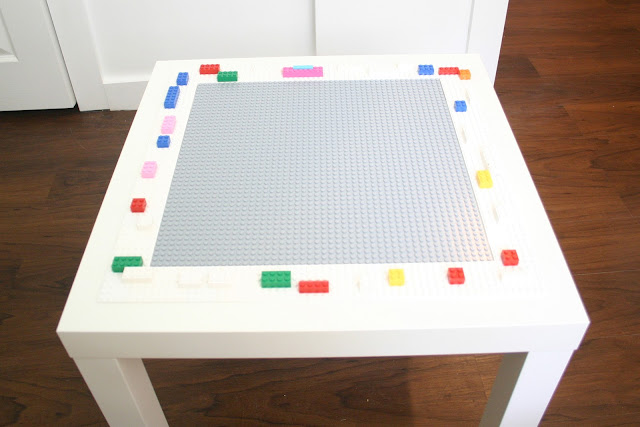 I let it all sit for a couple days and then removed the small pieces connecting everything and that was it! 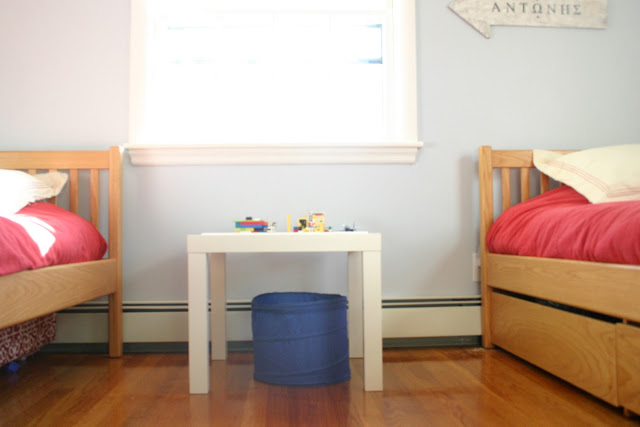 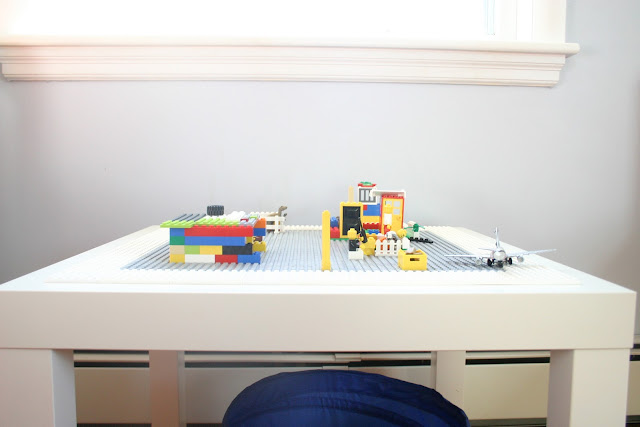 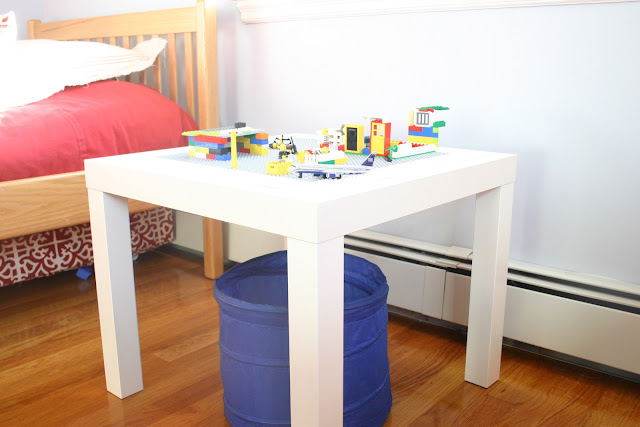 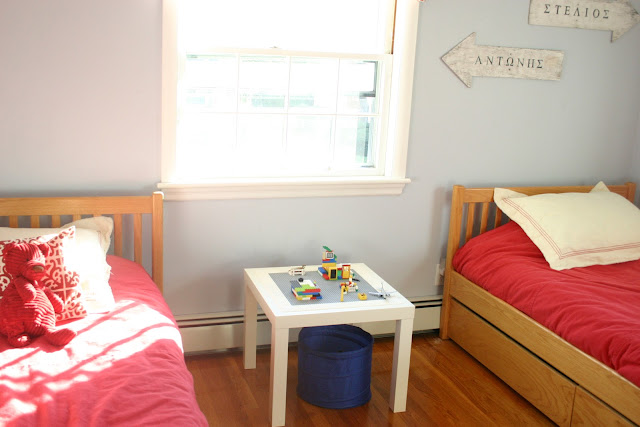 I had plans to make some sort of table skirt to hide the basket of Lego’s underneath but after watching how my guys played with this table I switched gears. They sit in front of it, they kneel in front of it, they pull up a chair… Basically the skirt would be trashed before its’ first day. 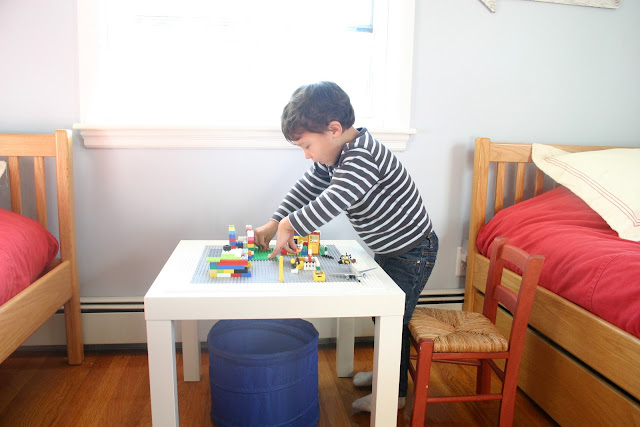 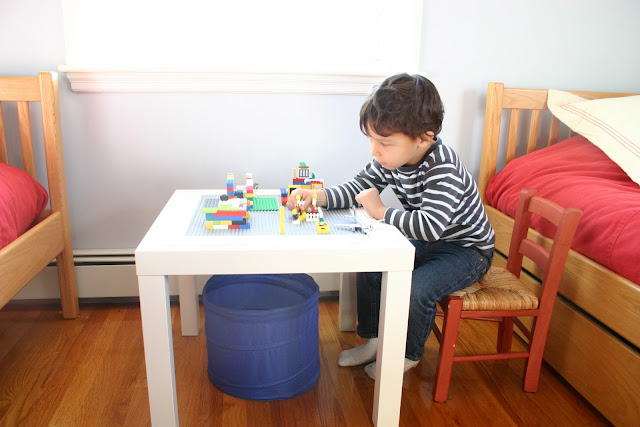 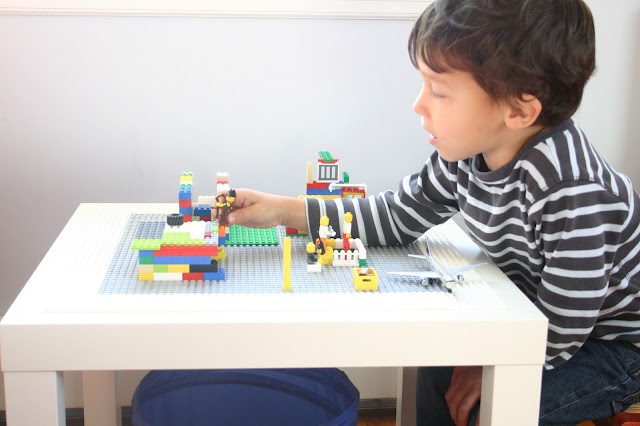 The part I love the most about this table is that it moves around. Some days it is in the living room. Other days it can be found in the family room. Quiet mornings when it is in the boys’ bedroom are my favorite! The gray and white base plates are neutral enough. I could have gone with the larger green or blue base plate but decided against it just so it would match every and any space. At night you might even find a cup of tea there! Don’t tell my boys…