The banquette in my kitchen was built for a couple reasons.
I like them.
I wanted more fabric and color in my kitchen.
I wanted a bigger table area.
I really wanted to hide the outlet and cable jack on the wall. 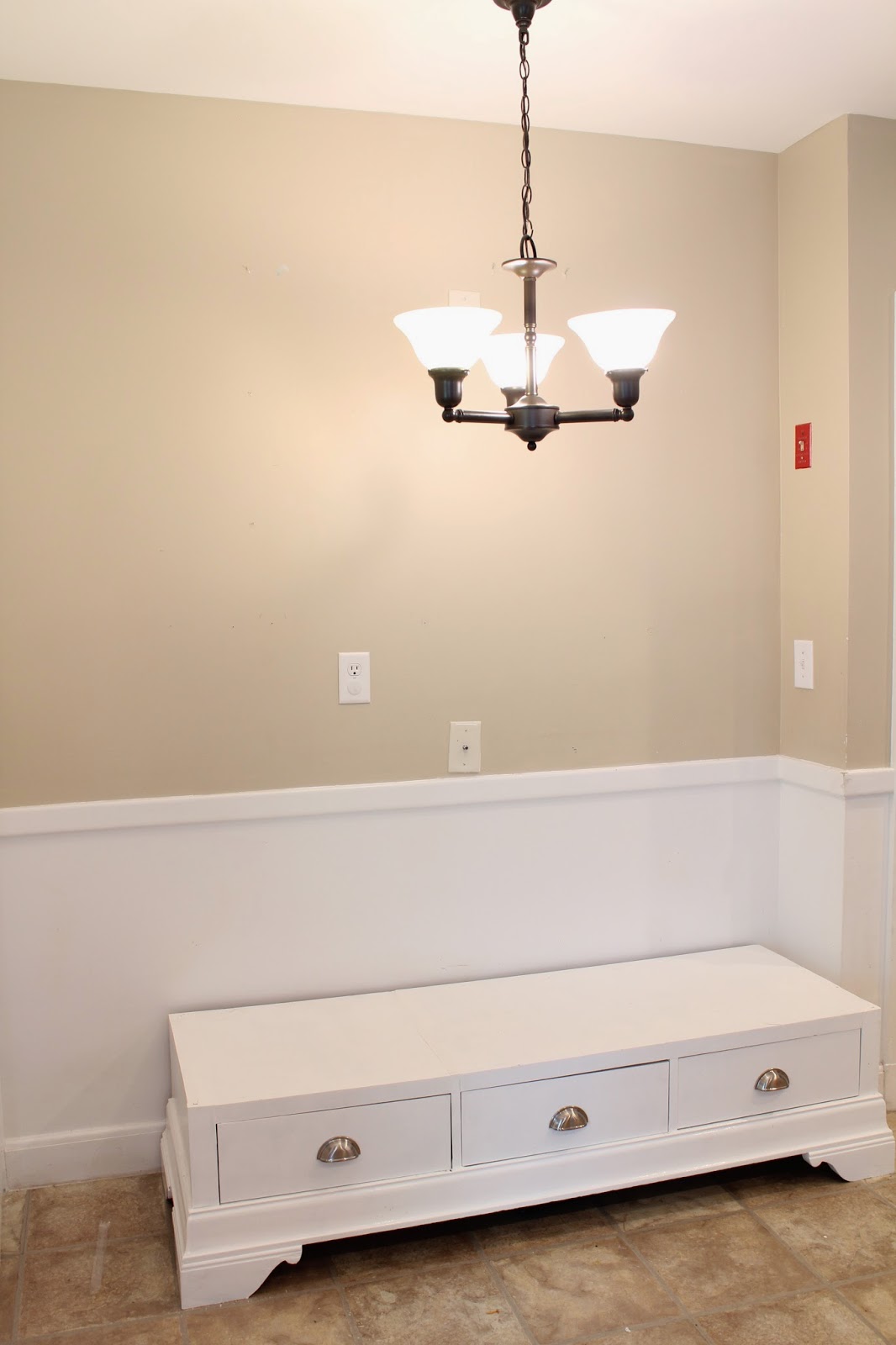 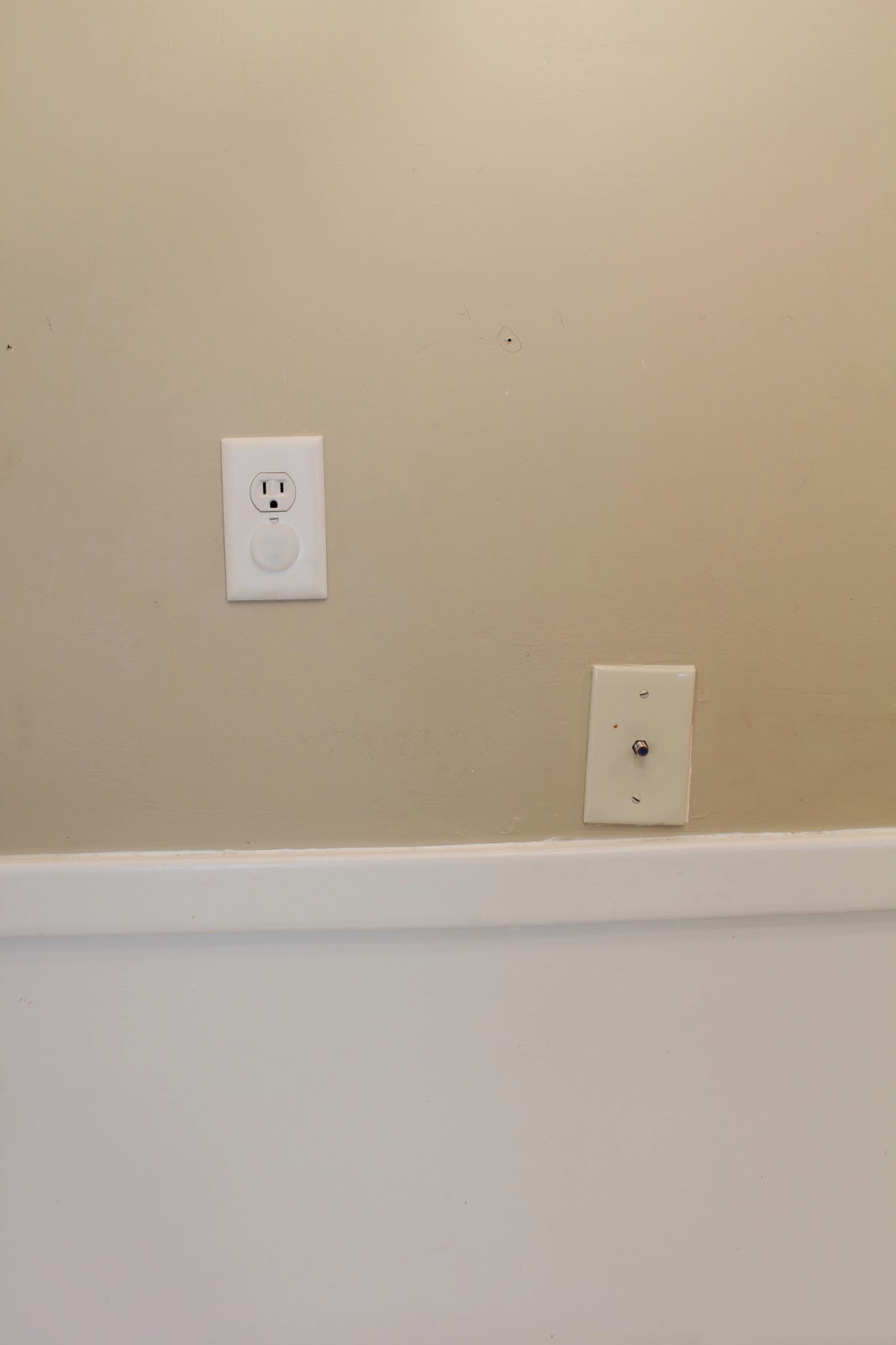 The outlet and lopsided cable jack are in the worst possible location. I’m not sure why they are up so high on the wall. The only reason I can think of is maybe the previous owner had their television high up on the wall, hospital style.
Although they are horribly placed the outlet is used. A lot. My 11 year old has discovered the joy of a glue gun and this is where we plug it in to do projects at the kitchen table. Since I don’t want her using the glue gun at the dining room table I had to somehow have access to this outlet. It would be covered by the upholstered section of the banquette but since the back frame allows for it to stick out a bit there is enough room for a flat plug. I found an extension cord in the garage, plugged it in and then pulled it under the bench. 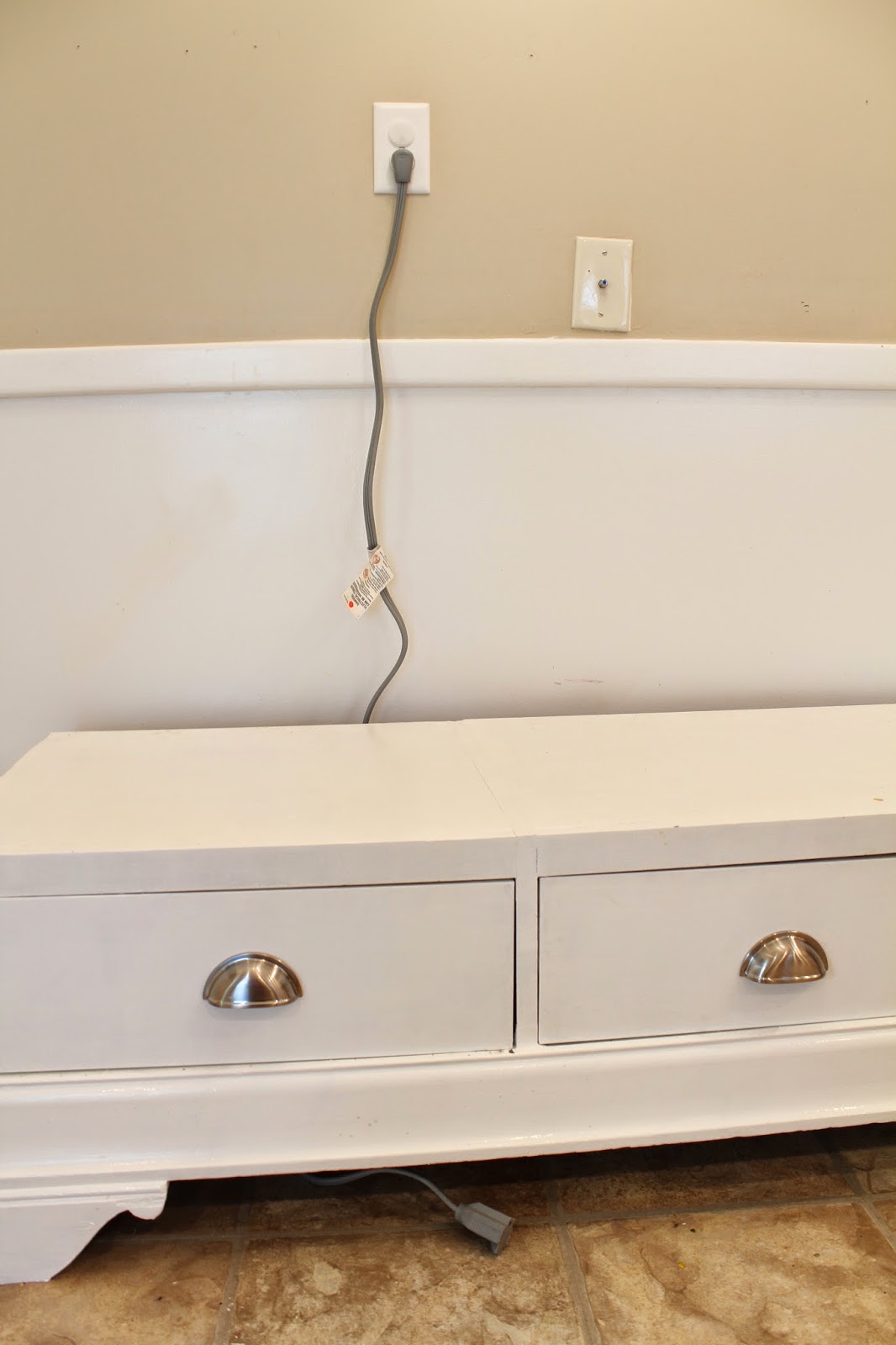 For some added security I even taped it to the wall with electrical tape. The cord is long enough that it will not be yanked around but just in case I added this step in. 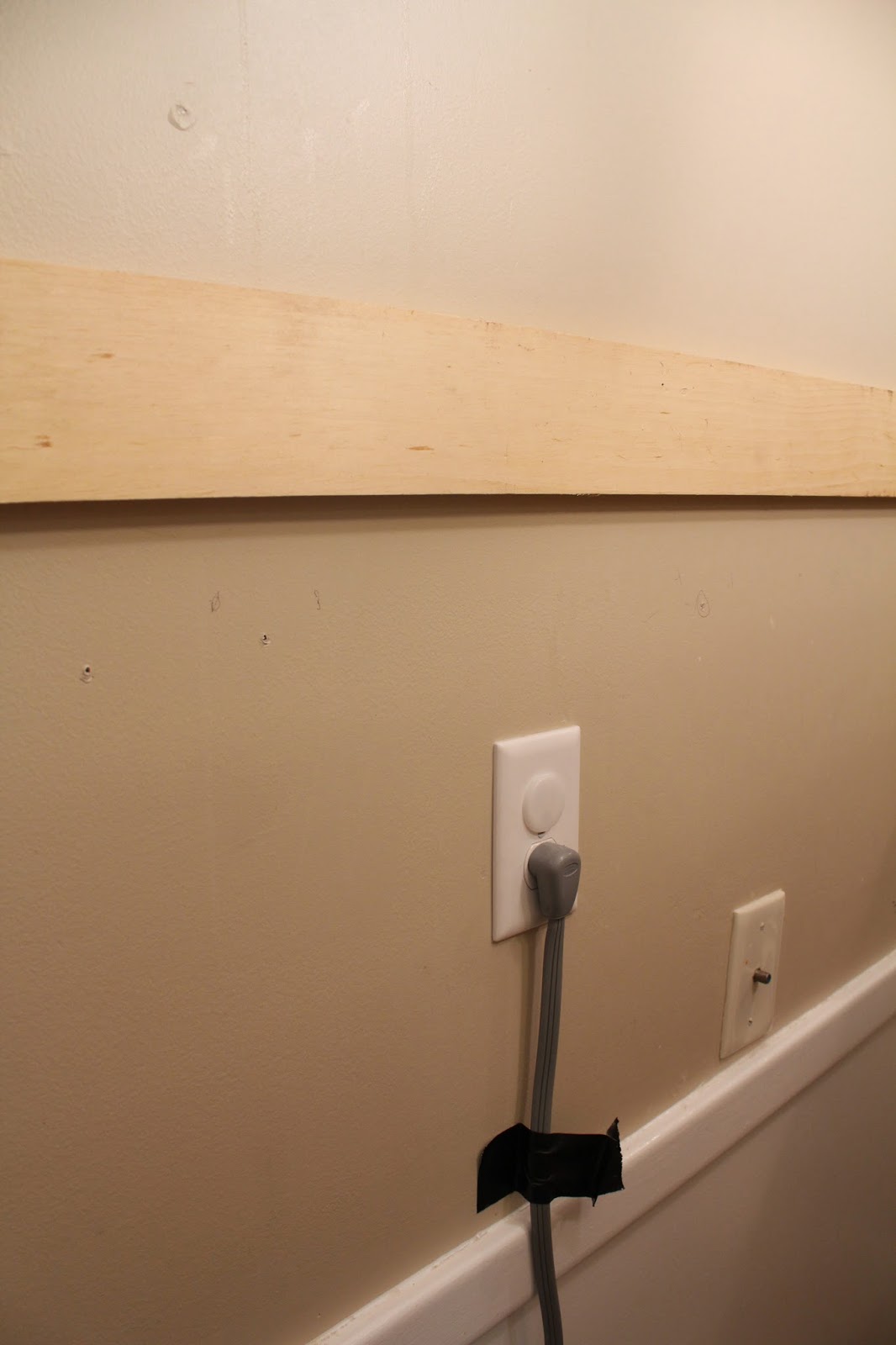 Outlets in a kitchen can be valuable so I’m glad I was able to keep access open to this one. Now we can all glue gun to our heart’s content.