the built-ins {part one}

When designing the family room section of the basement I knew I wanted a wall of bookcases, storage and media storage. We decided that at some point we were going to bite the bullet and purchase a wall mounted television so I made space for that as well. I wanted built-ins, I just didn’t want the built in price. I went to the IKEA site to see what I could find. I knew I wanted wood pieces that could be customized. The Hemnes line at IKEA is just that. This series is made of pine and painted either white, black or a lovely shade of greige (yes, that is a word). 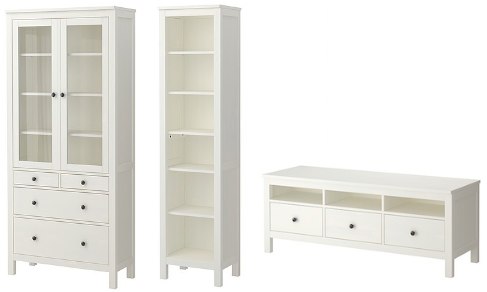 I knew that I was going to have about 17 feet of wall space to work with so I picked the pieces I wanted and added up the dimensions. This took a little bit of figuring out. I went under 17 feet and decided that I would just add wall on either end. I chose a total of five pieces, a tv unit, two glass door cabinets with drawers and two bookcases. They totaled about 14 feet in width.
Once the pieces came in and were put together we decided to space them out instead of building walls on either side. We were putting wood to cover the joints between each unit so those pieces of wood just became a little wider. 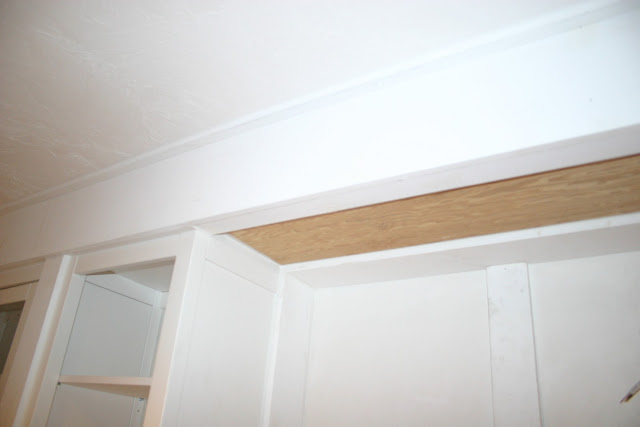 The tv unit was also deeper in depth so the 4 units on the sides were bumped out a bit so they all sit flush in the front. Some pieces were added behind each of those pieces and then the sides were covered with more wood. The top of the tv unit was removed since the original width did not cover the strips of wood added in between each unit. 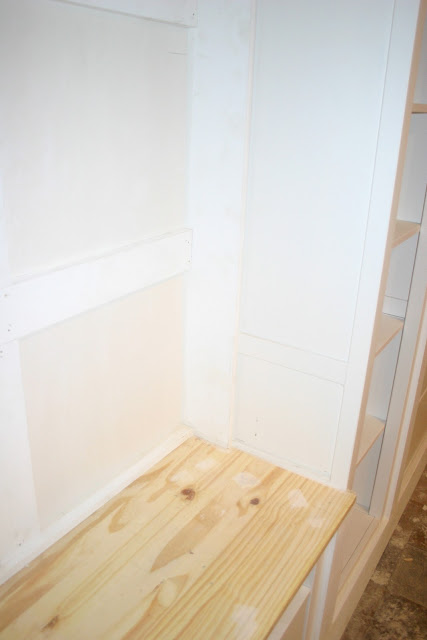 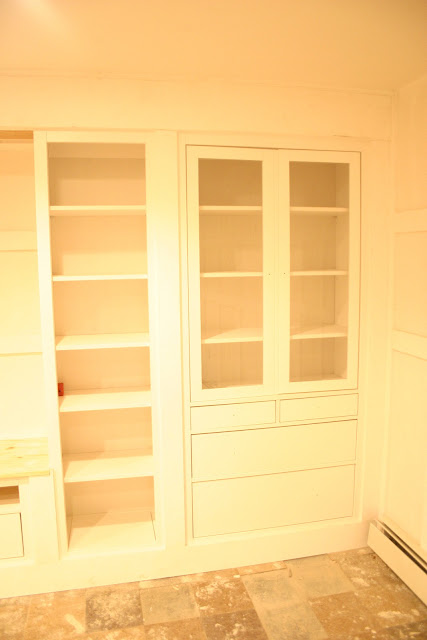 Above the tv unit section are pieces to match the board and batten in the rest of the room. The tv will be mounted in the center of all that. The wires necessary for the television, cable, and whatever other things we will have like Wii, etc, will all run within the wall and come out from behind the tv unit. I didn’t want all that woodwork to be ruined by wires hanging down! 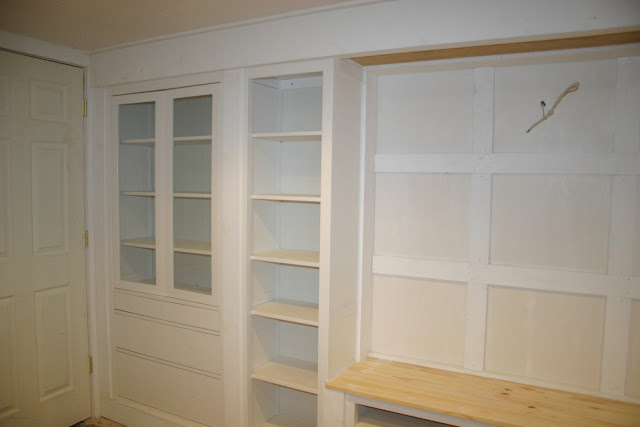 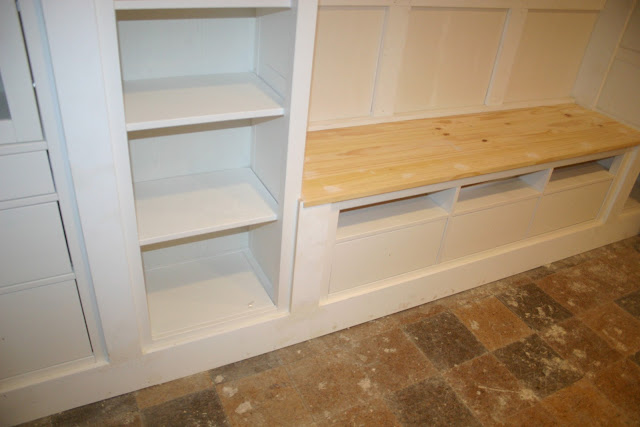 A soffit was built across the top, completing the built-in look. This is hiding all those wires and pipes. One long piece of wood was also added along the entire bottom, hiding the legs and cleaning up the entire look. 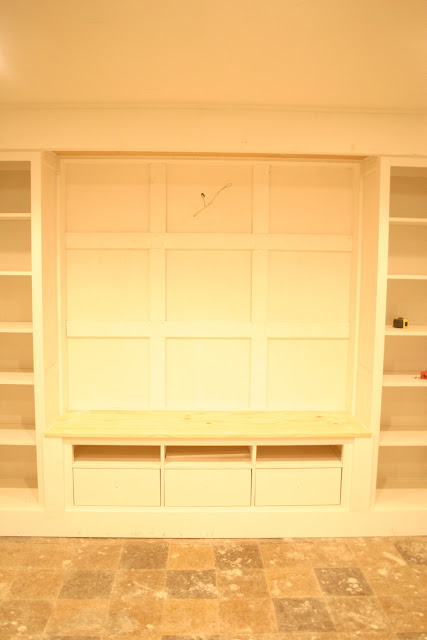 Everything will be painted with a coat of white semi gloss paint. That should be happening soon. After that it is just flooring and some finishing touches. I’m drooling just looking at this next picture. The entire built-in unit will hold books, board games, some decorative touches, dvd’s, and so much more! If I had actually had someone create a built-in I would have paid about 3 to 4 times what it cost for some well constructed IKEA pieces and wood strips! 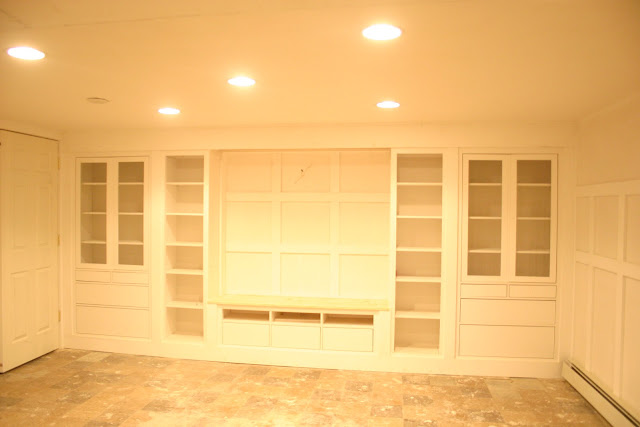 What do you think? Does it look like an original built-in?