how to build a console shelf… 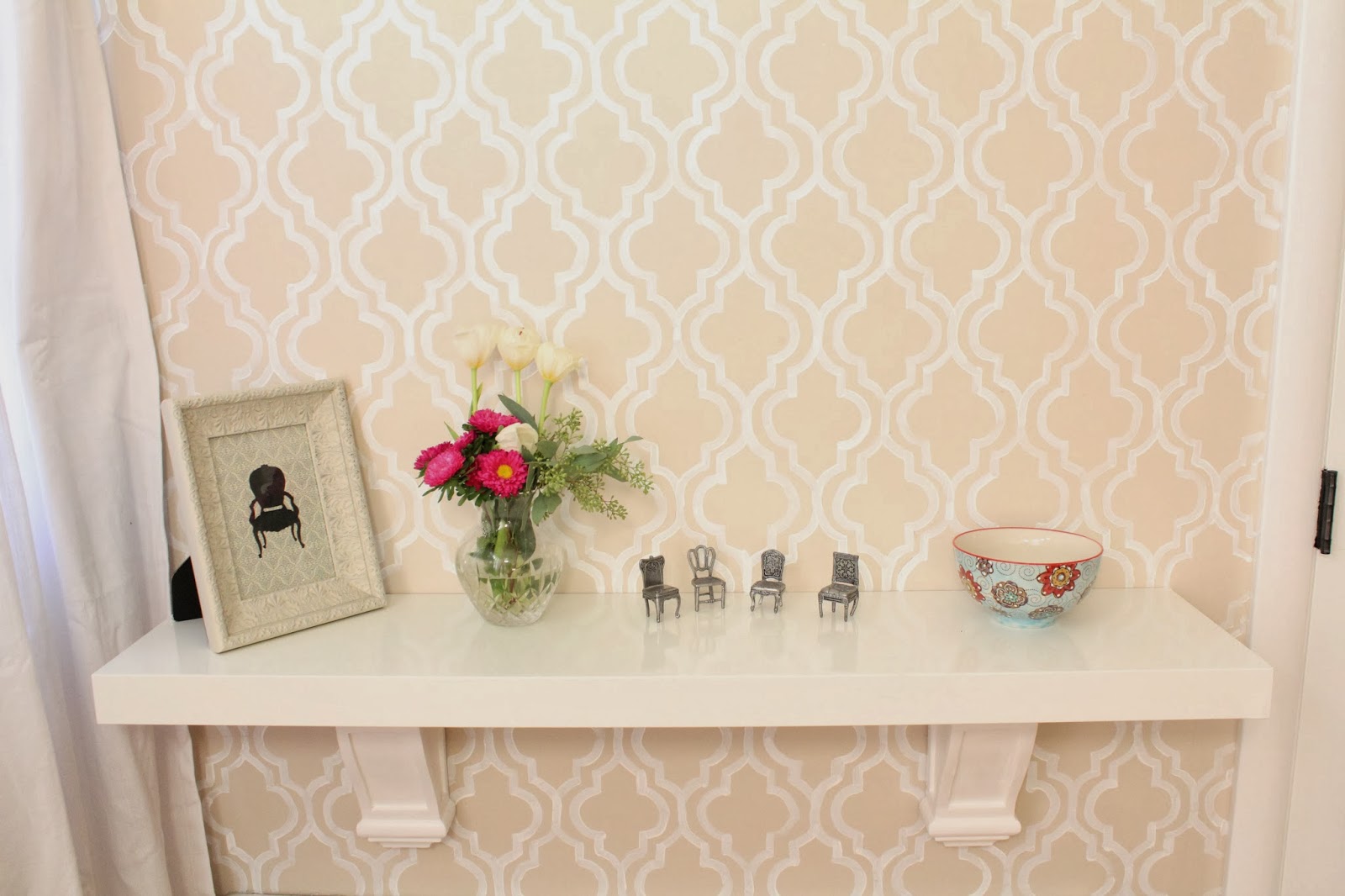 Last week I shared some samples of console shelves in various rooms throughout a home. My front entry way had an issue with clutter. I had placed a bookcase on the wall which at first was great. It held some picture frames, books and other decorations. It also hid the hideous radiator. As time went on I added baskets which then began to fill with junk. After a while the bookcase became a dumping ground. If I didn’t know where to put something I dumped it in one of the baskets. My pretty display bookcase had turned into a junkyard. Not to mention the front door hit it every time it was opened. I decided on a drastic change overall. I loved the look of a simple, clean, open space so the bookcase moved to my sons’ shared bedroom. Once the space was empty I stenciled the wall which has made a huge difference in this small space. It was even mistaken for wallpaper this weekend! Mission accomplished. 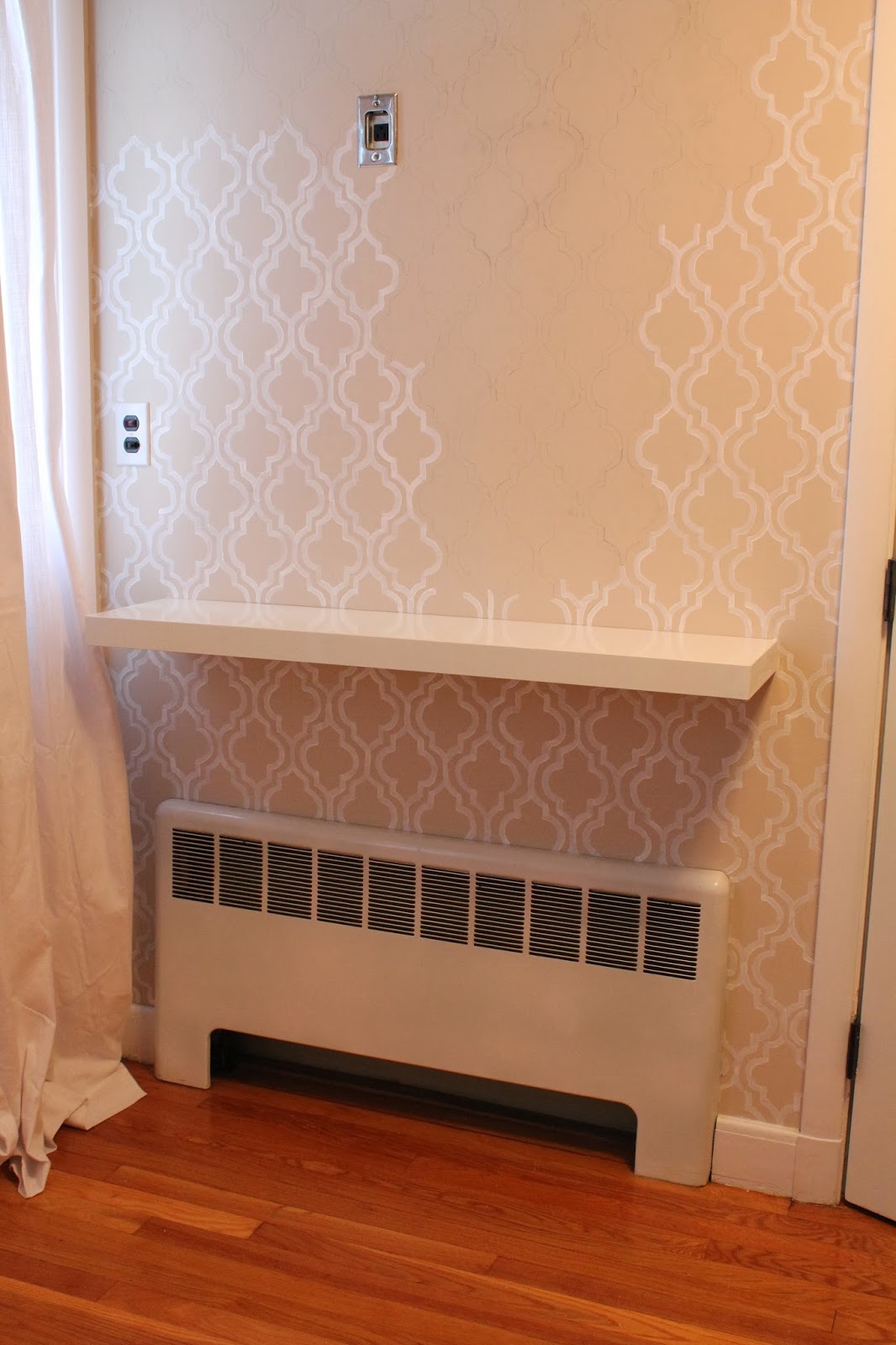 The console shelf itself was a very simple project. I purchased a 43.25 inch wide IKEA Lack shelf in high gloss white. At only 10.25 inches deep it fits perfectly, even when the door is fully open. 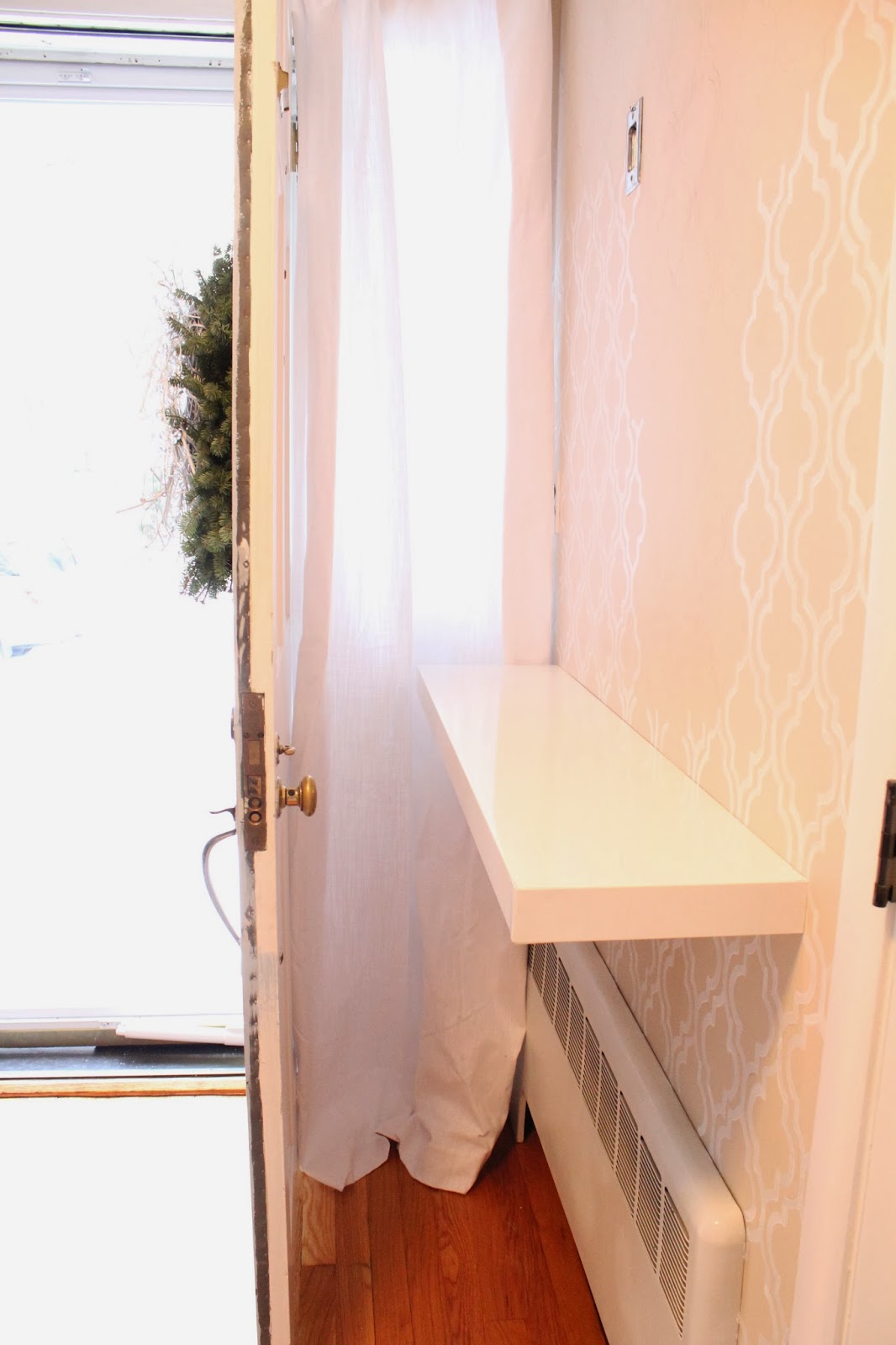 I centered the Lack shelf above the radiator and installed it following the directions. It was up in about 10 minutes. The radiator itself was an issue for me. I hate the way it looks but I’m stuck with it. It was hidden behind the bookcase before which wasn’t the best solution. It blocked the heat and the heat wasn’t great for the bookcase itself. I have noticed that the more accessories and artwork I add to this area, the less I notice the radiator. I had thought about painting the wall under the shelf white in order to hide it but once I started stenciling I decided against it. I’d like to put items under the shelf once I find something that is the right size. For now I’m ok with it.
To complete the look I purchased two corbels from Home Depot which I painted with three layers of high gloss white, to match the Lack shelf. 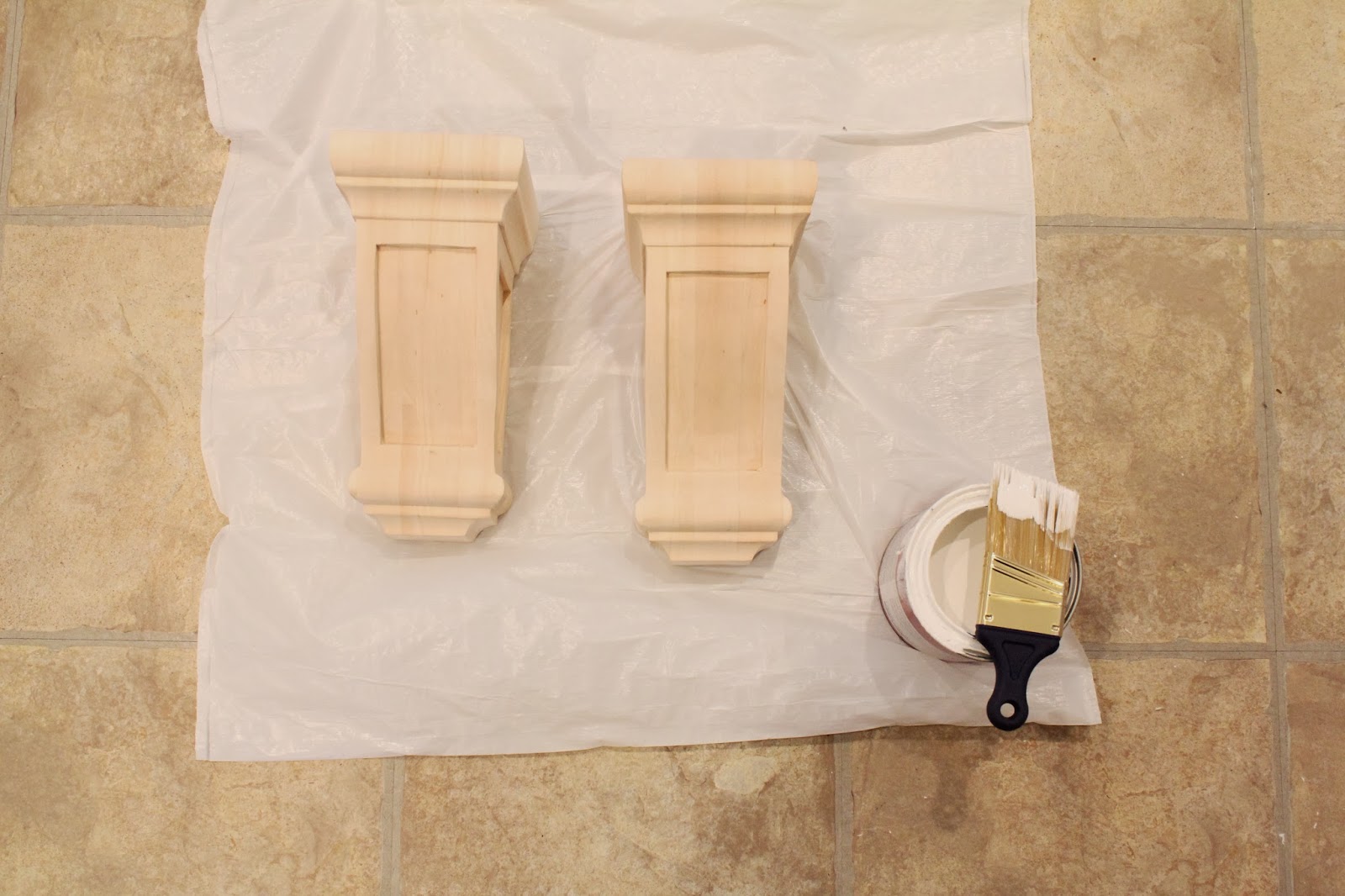 I let them dry overnight and the next morning I hung them up using 3M strips, two per corbel. I wasn’t sure if I was going to like the look of the corbel so I didn’t do anything too permanent. Now that they are up I love how it looks. They also haven’t fallen down so I can now add them to my list of “items hung on my walls using 3M strips.” I even wrote an ideabook for Houzz about it! 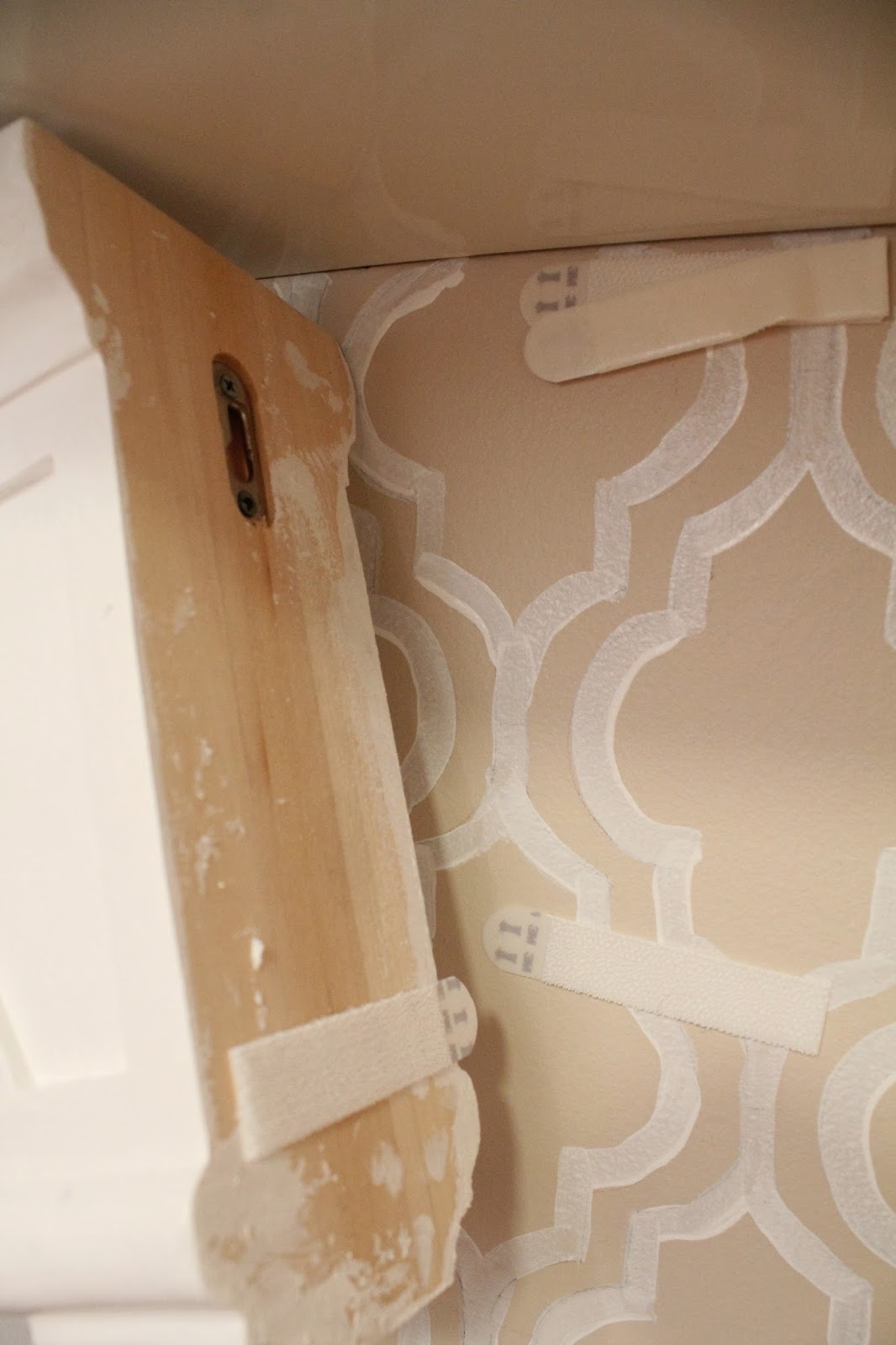 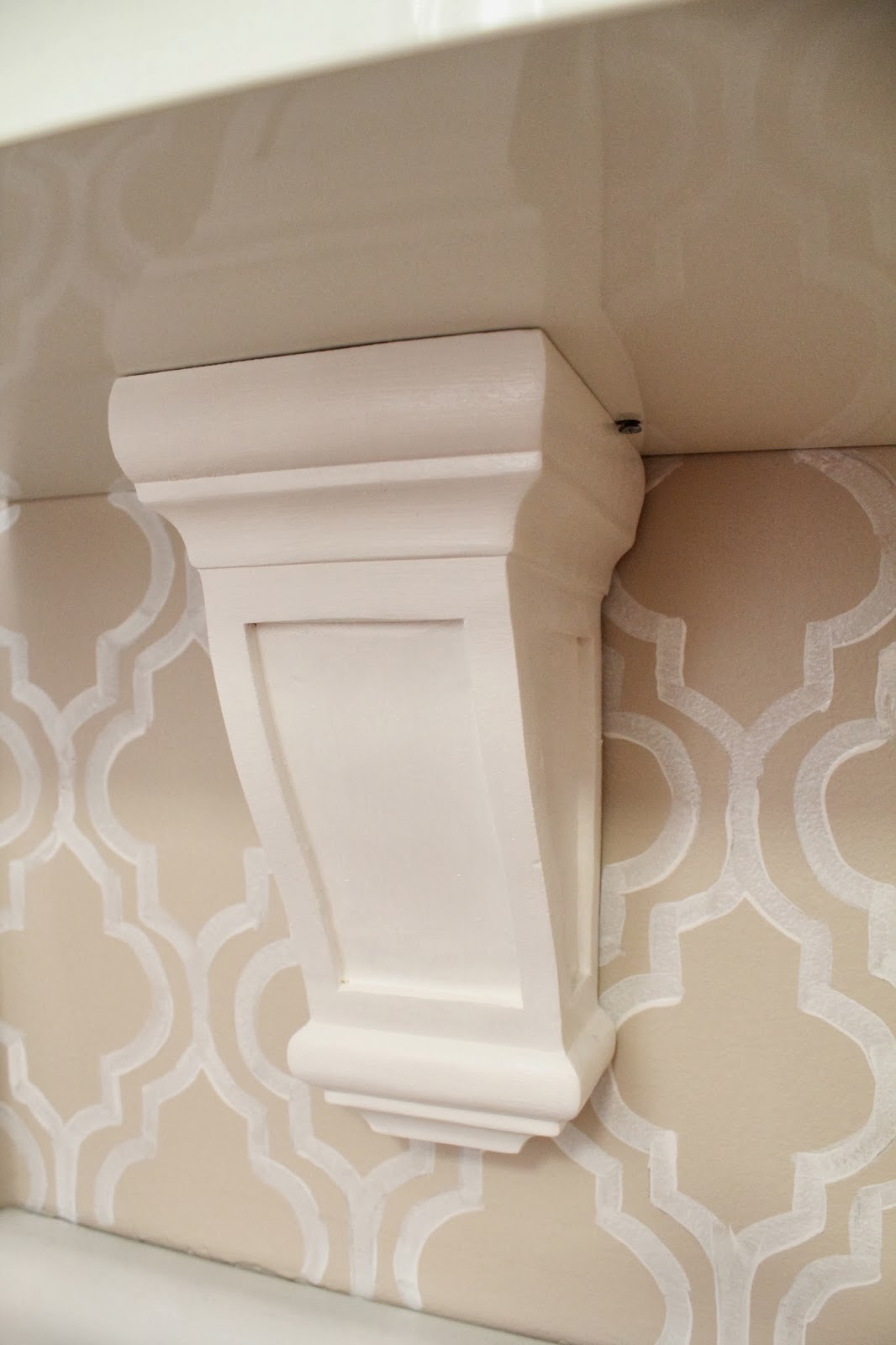 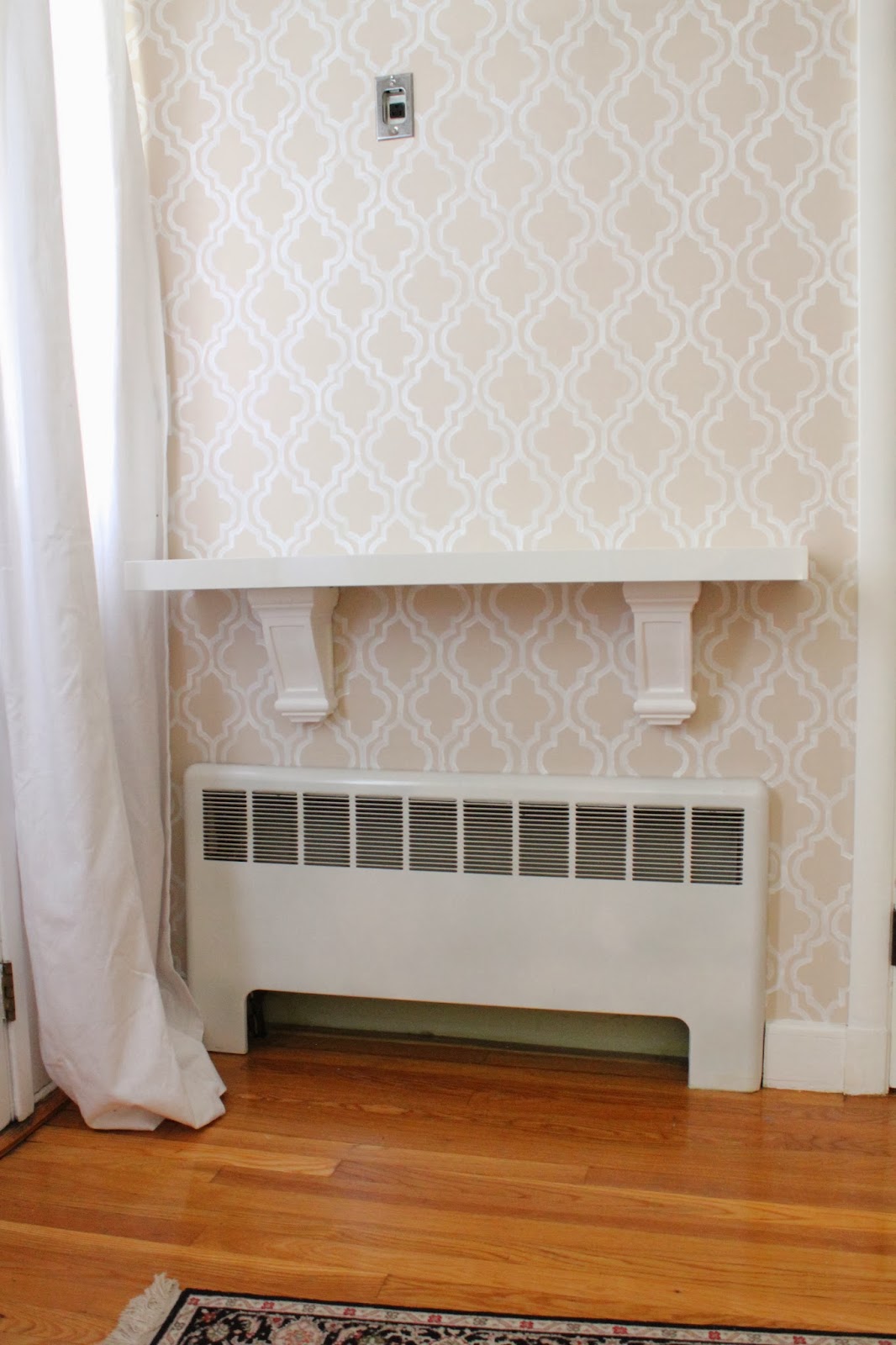 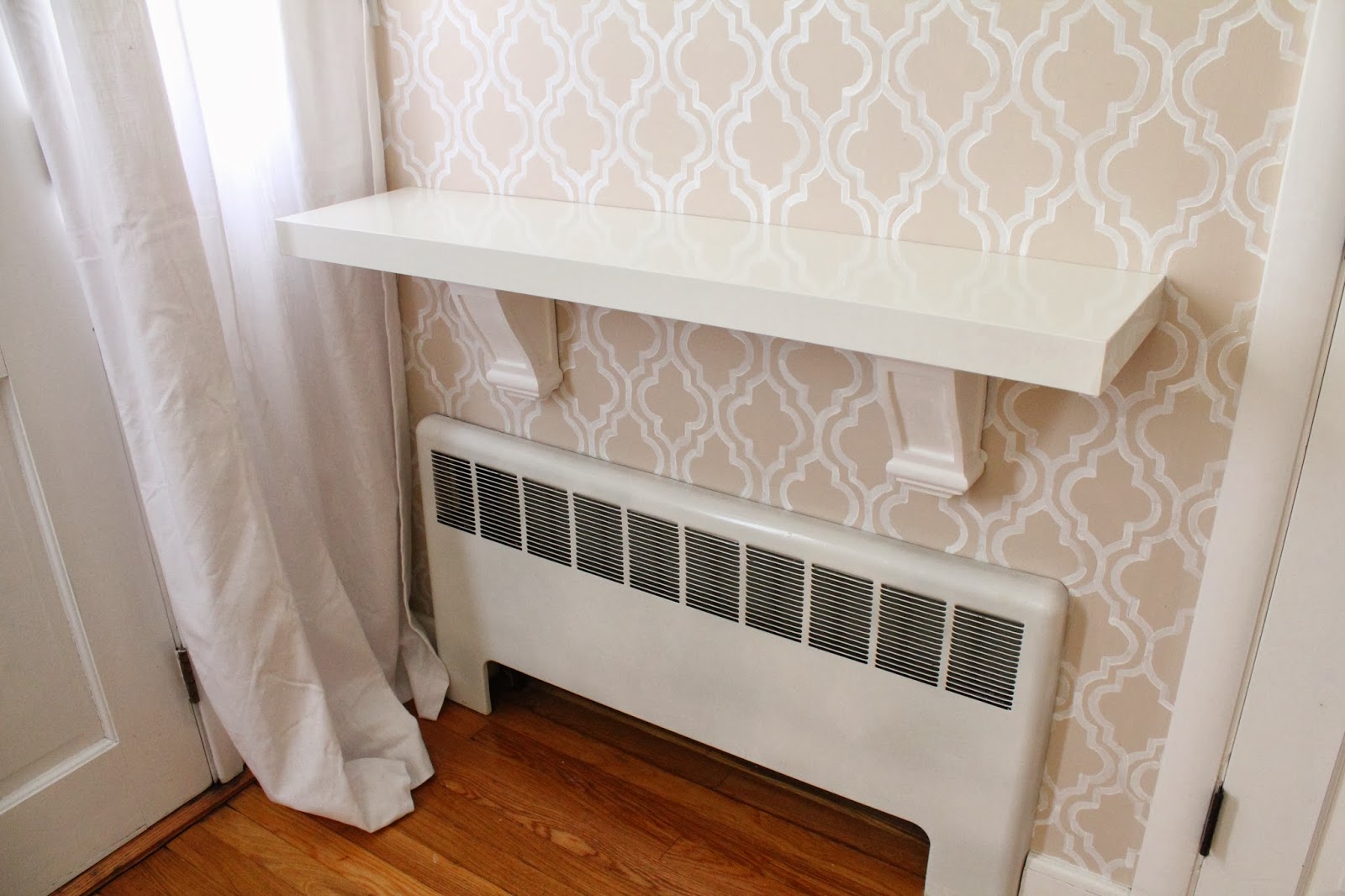 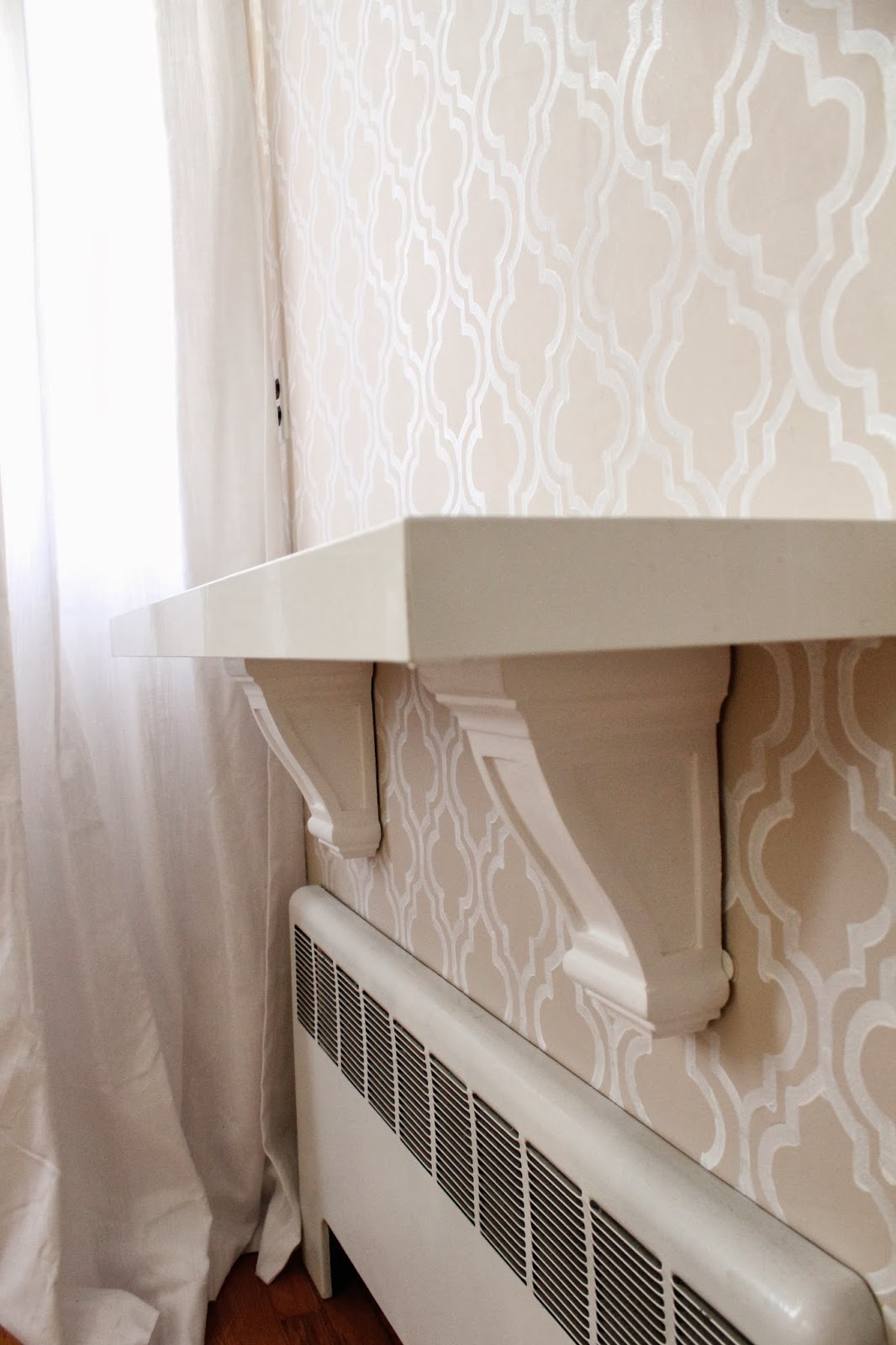 A console shelf like this can work in so many different areas in your home. Place one counter height in your kitchen for your phones and chargers. Install one in your mudroom as a spot for keys, etc. If you don’t have a mudroom you can install one by a front door to create a drop zone. Add one to your bathroom above the toilet for some extra storage space. It removes easily enough that you can still get to the tank in case of emergency. I also love the look of a smaller console shelf next to a bed instead of a bedside table. There is enough space for a lamp, alarm clock, nightlight or a favorite book. Add some more ideas of where this would work in the comments below…